Kathryn was born and raised in Eugene, along with her younger brother, in a family of architects. After spending her first two years of college at Bryn Mawr College in Pennsylvania, and a short stint at the University of Edinburgh in Scotland, she came back and finished her undergraduate degrees at the University of Oregon, majoring in German and General Science.

After being a professional college student for seven years, she decided to join the “real world” and worked as a veterinary assistant in Junction City for three years. She then attended The Ohio State University College of Veterinary Medicine for four years, graduating in June 2007. She joined Crossroads Veterinary Hospital in July 2007, and especially enjoys eye surgeries and cuddling puppies and kittens. In her spare time she enjoys painting, beading, and traveling the world. She resides in Sherwood with Naughty Lotte the Half-Scottie, whose name says it all. 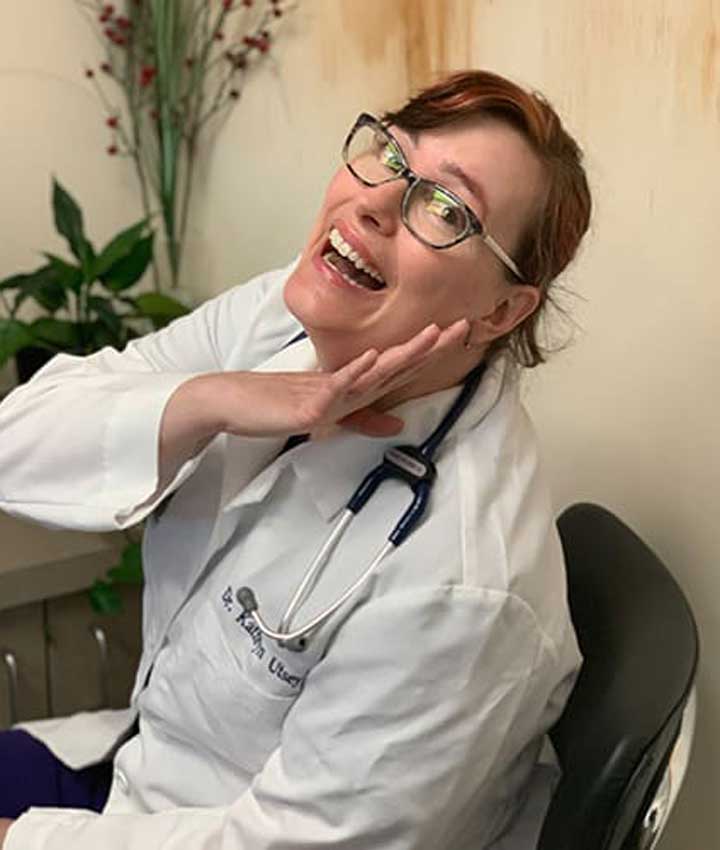